The Essendon North Primary School archives hold a fascinating record of the school’s rich history, and the people and events that comprise that heritage.

The school was officially opened on September 9th 1920 and is located in Wurundjeri Woi Wurrung Country on Keilor Road in the suburb of North Essendon, Melbourne, Victoria, Australia. The school is approximately 12km north-west from Melbourne’s Central Business District and its Local Government area is the City of Moonee Valley.

The site was originally an Aboriginal site, like most of greater Melbourne, Essendon has a rich history of Indigenous life before the arrival of settlers, convicts and the establishment of government. The Wurundjeri people are the traditional owners of the land. Robert Hoddle gave the name Doutta Galla to the western bank of Moonee Ponds Creek. “Dutigalla” was thought to be one of the names on the original Batman treaty deed and is claimed to be the name of Jika Jika’s wife. (Information from Moonee Valley Council)

The area around Essendon North Primary School became farming land in the 1800’s. In 1917, 249 local farmers submitted a petition to the state government requesting that a school be built in the North Essendon area. In 1918, an apple orchard was transferred to the Education Department for 1585 pounds. A quadrangle style of building was chosen, as this was a popular design at the time with the Department. A residence, which occupied the central position at the front of the block, was relocated to the southwest corner of the site in anticipation it would become the Headmaster's residence. On August 31st 1920, Keilor Road State School was first opened to allow the inaugural teaching staff (Miss Rene Taylor, Miss Mary Devine and Miss Jessie G. Patterson) to arrive early and prepare for its opening. On September 1st 1920, Philip E. Smyth was appointed as the temporary School Principal. 195 children in four classes, attended their first day on September 1st 1920.

Since the school’s official opening, it has continuously strived to deliver the best possible learning opportunities and outcomes for the thousands of students who have passed through its doors. The school was selected as a Navigator School in 1996, a Self-Governing School in 1999 and a Macromedia E-Learning Consortium School in 2001. It was also an Apple Distinguished School (2003-2006), and during 2001, it was inducted into the Hall of Fame of the Smithsonian Institute in the United States of America (USA). In 2005, the school was selected to be a CELL (Creating e-Learning Leaders) school by the Victorian Department of Education and Early Childhood Development (DEECD). 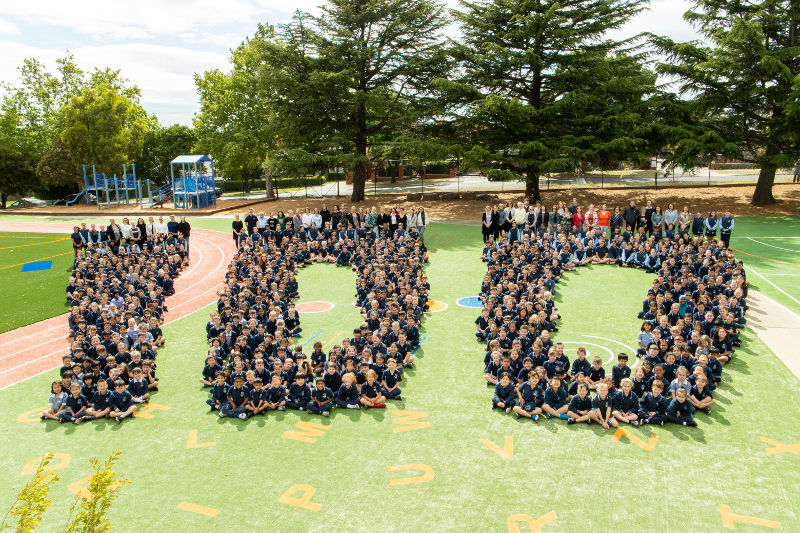